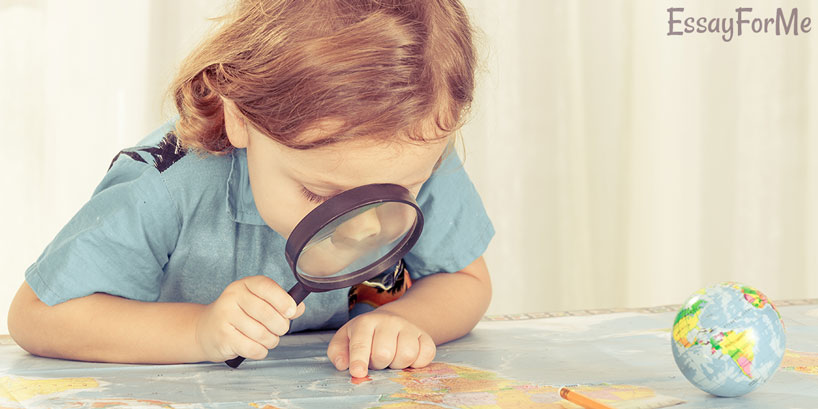 Happiness is something all people want. If you are not striving to achieve it in your life that means you are depressed and need immediate help. Or you are a Buddhist, one or the other. The truth is that regardless of the country, happiness is the one true indicator of its success.

Happy population is more productive and more likely to stay in the country and contribute to its GDP. Happy people are more likely to care for others and the common good rather than their own selfish desires. Happiness is directly correlated to how well the country is faring economically.

Here you will learn about the World happiness report as well as the indicators it uses to assess each country’s happiness levels. Thanks to Essayforme, you will also learn how to write a review of such documents as well as, perhaps, boost your own happiness level.

What Is World Happiness Report?

World Happiness report is issued annually by one of the UN organizations. It was created in order to provide a more realistic picture of each country’s well-being which before was evaluated based only on one factor – its GDP per capita.

However, nowadays it’s become crystal clear that, although a GDP is a powerful indicator, it is not the only or the most important one. For instance, Latin American countries do not have a very high GDP, but they demonstrate pretty good levels of happiness in comparison with more developed European states.

For this reason, the WHR is more effective as it can provide the country not only with economic guidelines, but also with social advice on how to improve their rating. GDP can still be attributed to the one-third of the happiness record, but there are other aspects involved.

How Is the Survey Conducted?

The respondents have to go through three stages.

Firstly, they have to evaluate their satisfaction with life on the rank from 0 to 10 (Cantril Ladder). Secondly, they need to answer some affect questions, as in what makes them feel about their life the way they do. Finally, they should reply whether they feel like they have a purpose in life.

Thus, researchers can not only assess the overall happiness degree, but also the factors which contribute to it. They can also estimate how much a sense of purpose can make one’s life meaningful and satisfactory.

What Are the Six Main Indicators?

I’ve already mentioned GDP as a powerful gauge of people’s contentment with their lives. However, what are the other 6 aspects? According to the WHR these are GDP, volunteering and generosity, the ability to organize your life on your own, social network, transparent government and life expectancy.

GDP and life expectancy constitute 50 %, the other four make up the rest. This explains how countries with worse economies can be happier than those with a stronger one. Of course, those are not the exhaustive factors which can explain the discrepancies.

One of the less studied aspects is people’s resilience. Thus, the Greeks who suffered a severe blow to their economy saw a precipitous drop in happiness ranking in comparison to Iceland or Ireland who had their bank system collapse, but happiness unscathed.

Why Is GDP Not Everything?

It is a fact that GDP per capita is 25 % higher in the happiest countries than in those at the bottom. However, it is only a part of the overall solution, not the overarching answer.

Going back to Greece and Iceland – it is crucial to understand why these two European countries had such polar opposite reactions to similar circumstances such as the financial crisis of 2008. The explanation is actually quite simple. In Iceland as well as in Ireland people live in much more closely knitted communities. This provides for a strong social network, so that they are not forced to deal with their problems on their own. This explains such high happiness degree in many Latin American countries and even Africa.

Let’s take an example of China. Its economy has been growing for years, but only after 2005 it started to influence the happiness standing. It is related to the fact that the Chinese government started to implement various social programs, which made people feel more supported and secure. This explains why in the US the happiness ranking is lower than in European countries with worse economies. American people simply do not get any support in case of emergency from their government as they can only get medical care and education if they pay for it (or get insurance in case of medical which usually comes with employment).

This forces Americans to cling to their jobs, even if they do not particularly like them anymore. Thus, in case of unemployment they will be more affected than, for instance, their Scandinavian counterparts. In terms of education, many people are cautious about entering the university as it costs a lot, and many majors do not provide any job security. Thus, the country ends up both with the unhappy citizens and the lost intellectual potential.

It is also important to take a look at the freedom of choice aspect. People need to feel connection to others, but at the same time they must be independent from them to feel happy. Thus, countries with higher individual freedom such as the US or European ones are happier than those with strong family and societal influence which is the case in East Asia.

What Can You Do to Become Happy Now?

Even if you do not come from the country with the best economy, do not despair. There are things you can push yourself to do right now to become a happier person. There is no denying that it is much easier for some people than for others, but it is no reason to give up on yourself. At the end of the day, you’ve only got one life, and, unless you believe in reincarnation, it is important to make the best out of the cards you’ve been dealt.

First of all, reconnect with your friends or find new ones. Research indicates that having at least one friend who would listen to you and support you is equivalent to living in a country with a 50 % higher GDP. Do not be afraid to say goodbye to those who do not believe in you and seek new connections. If it seems now that nobody would want to talk to somebody as miserable and negative as you, this is not true. You are more than what you feel, and what you feel is, well, temporary. Moreover, you will be surprised how many people around you feel the exact same way. So, do not be afraid to open up and share with others. If they do not appreciate it, leave them alone and keep looking.

Secondly, do something nice for others. Adam Smith talked about sympathy as an inherent human quality. However, he also maintained that it was very limited to people within one’s family or country. Even though it is true for many, in today’s globalized world a person is more likely to sympathize with strangers than ever before. Blood is always thicker than water, but, believe me, doing nice things outside of your own family or even country can help you gain a whole different perspective on your life and happiness. Moreover, it may provide you with a sense of purpose and belonging.

Finally, do not hesitate to change your life. In the WHR it was not only the country’s nationals, but also the residents (cue immigrants) who were interviewed. It was revealed that the immigrants had their happiness levels correlated with the new country and not with their country of origin. So, if you believe there is nothing you can do to make yourself happy in the country where you were born, you can try to immigrate. It may take years or even decades, but in the majority of cases it is worth the wait.