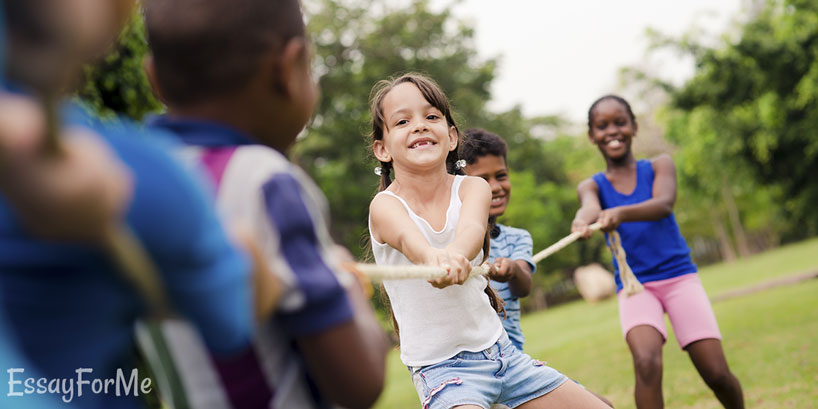 Earlier you might have read an article about video games and their negative sides. It is true that they are by no means perfect. Video games are notorious for including violence, racism, sexism and the list goes on. However, are they inherently wrong or is it the developers who make them the wrong way?

Regardless of your position, games are not viewed as pure evil anymore. Yes, maybe in the past and even now a lot of them are still heavily focused on entertainment rather than education. However, many companies as well as the US Department of education have realized the value video games can bring into the learning process and invested millions of dollars into this sphere.

Is It a New Idea?

E-learning is no longer something out of ordinary. I bet there is not a student in the developed world who has not heard about MOOCs or other online learning platforms. You might have even tried them yourself. However, for some reason video games still have this aura of transgression, as if they are only a distraction, something people do to relax rather than study.

However, the truth is that video games can be just as educational, informative and, in general, useful as any other learning tool. For instance, they are widely employed for astronaut and military training as well as in business settings. Of course, they cannot substitute the real life performance, but they can provide the theoretical framework to work upon and improve.

There are alternative reality games which give a player an opportunity to make decisions which would alter the reality. It is assumed that such interaction will push the former player to adhere to sensible choices in their daily routine. To sum it up, using video games for the sake of learning is not a new idea, however, only recently it started to gain a widespread media as well as governmental attention.

What Are the General Benefits of Games?

First of all, games are a fantastic means of stress relieve. It is proven that games help a person let their hair down and forget about problems. The reduction in stress helps lower the heart attack risk and, in general, makes a person healthier.

They help you become calmer and more confident. The rest that video games provide can even preclude depression, mood swings and other emotional disorders related to the modern hectic life. Games truly make one forget about the outside world and have it simpler at least for a moment.

Moreover, games can improve reading and memory, as often the player is forced to follow the story carefully in order to perform the right actions. Thus, being in a game is a stimulus for a person to focus and actually learn the info in order to get to the next level, rather than get distracted and fail.

Can Video Games Help in Schools?

According to the survey among teachers, 70 % of them stated that video games helped struggling students improve their grades. However, it is safe to assume that those games should be specially and carefully designed to meet those students’ needs, meaning, they were not talking about your average Call of Duty slaughter.

It is very difficult to estimate whether video games really have a positive influence on a young mind. There have not been enough studies to conclude with the utmost certainty that video games should be integrated into every curriculum. Some of the benefits have been generally observed such as the increased curiosity and better communication with peers (for those games which involved the players’ interaction). However, the long-term effects have not been established yet.

The crux of the issue is the design of the game. Usually in the classroom it is extremely hard for a teacher to assist to the individual needs of every student. Games, if created in the right manner, could fill in that gap by focusing on the student’s weaknesses and offering them tasks and levels which are meant to improve them. In such a game a student would not have to move forward just because it’s time for their classmates to do so. The game could make sure that the student grasped the concepts before allowing them to advance.

Can Games Be Harmful?

There are, of course, many drawbacks related to video games. First of all, they tend to activate the working memory rather than the long-term memory. Therefore, it often happens so that students can only find the right solution in the video game environment based on the clues and repetition rather than real understanding of the information.

Secondly, the implementation of this idea can be quite costly as not only the teachers will need to be trained anew, but also it will be necessary for a school to splurge on expensive equipment. Thus, this option, although laudable, is hardly viable for every educational establishment. Especially in the light of the research scarcity, it is doubtful that many teachers will be eager to adopt it.

Thirdly, let’s face it, it will be hard for students to go back to traditional modes of studying after trying a rare pleasure of doing it via a video games. Although it may be the future of education, games will definitely make one intolerant towards boredom. However, very often in the modern life one needs to subject themselves to this terrible feeling in order to succeed.

It is hard to give a definitive answer as for the present moment regarding the beneficial nature of video games. More research and real life examples are needed to confirm this interesting assumption and start utilizing games on a wider national scale.

There were some local efforts like the New York Quest to Learn school which in 2009 adopted the gamification principles in its curriculum. The students have been showing an overall improvement, however, it is not enough to have one successful school to speak for all possible outcomes. More schools need to step up their game and be brave enough to embark on this risky, although cutting-edge experiment.

The biggest responsibility lies, of course, on the game developers. Many of them are tempted to make a fun game which is addicting rather than a smart game that is educative. It is important to redefine the concept of a game, so that the ultimate result fulfils the educational rather than entertainment needs.

In any case, it is too early to judge, but it is still important to talk about it, as games have already invaded the entertainment sphere, and it won’t be long until they are accepted as a reliable mode of learning.