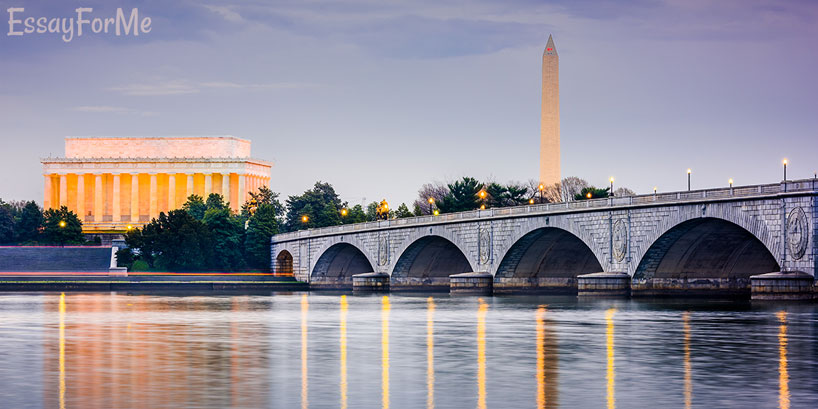 Donald Trump is the 45th and the least popular US president in history. His first year went just as expected for the majority of people who voted against his candidacy. However, for his voter base consisting primarily of white working class men and rural Americans such weak policy was a bitter disappointment.

In this article you will encounter the main points in regards to Trump’s first year in office which should help you craft a perfect summary.

Let the Numbers Speak for Themselves

It is no secret that Trump is the least popular president both in the US and overseas. His approval ratings dropped to the record low of 39 % at the end of his first year and continue declining. Even Gerald Ford who pardoned his impeached predecessor Richard Nixon after the Watergate scandal was more loved by the American public than a seemingly innocent Donald Trump.

The international approval for Trump fell to 30 % (the lowest mark in the history). Even George W Bush who was hated by the world for his warmongering ambitions had it at 34 %. Thus, Donald Trump is not only a poor diplomat which nobody expects him to be when considering his lack of experience, but he also fails at basic human interactions. See how he instituted a Muslim ban on countries which were never complicit in terrorist attacks on the US, or how he withdrew aid from Pakistan for some examples.

So, taking these numbers into account, it is obvious that Trump is highly unpopular both in the world and on the American soil. A lot of that disapproval can be contributed to the fact that he is being investigated by a former FBI director Robert Mueller and his Special Council for any ties with the Russians.

Look for the Signs of Complicity

Of course, it is extremely hard to push for any reforms when you are being investigated. Dictionary.com named “complicit” its word of the year. It is funny because the definition searches of the word spiked in May 2017, when Ivanka Trump incorrectly interpreted it on the national TV.

It all goes back to that secret meeting with the Russian lawyers and Trump’s campaign staff, way before he became the president. In June 2016 his son Donald Trump Jr as well as his son-in-law Jared Kushner participated in meeting in Trump Tower where they presumably obtained some incriminating information on Hillary Clinton from Russians. From that time on there have been many misleading and conflicting statements made by them ranging from denial to acceptance of the allegations as a necessary means of politics.

It is obvious that the investigation will take a lot of time. So, the impeachment is highly unlikely as well as the arrest. The biggest implication Trump will have to deal with is probably the election of 2020 which he is probably going to lose. However, it is hard to predict anything right now as the public is not aware of the investigation which is to be kept a secret.

Evaluate the Strength of the GOP

The Republican Party is getting more and more divided every day. Especially it is relevant for the moderates who tend to disapprove of Trump’s political course. However, even for the president’s supporters it is becoming harder and harder to justify and defend his actions.

Many foresee the collapse of the GOP, which will have a hard time recovering after Trump’s tumultuous presidency. It will be hard for the Republicans to regain the trust and support of their voters after they were misled and beguiled by the President. It will be especially difficult for those who stated their praise of the Trump’s actions openly.

Moreover, many those proponents are complicit in Trump’s alleged wrongdoings. So, it is expected that once the investigation is complete, many faces will disappear from the political spectrum of Washington. Nonetheless, for now the Republicans should be most worried about the 2018 November midterms where they are very likely to lose many seats.

Almost all of Trump’s campaign promises fell through because of the opposition. First his Muslim Ban was reversed, and then his medical reform was not approved. Moreover, Trump cannot convince the Congress to approve the funding of the Border Wall.

Even though Trump did not manage to fulfill the majority of his campaign promises, he made attempts and even had some minor success in the area. For instance, even though his medical bill did not pass Congress, he excluded the fines for being insured in his tax plan which was surprisingly adopted (surprisingly if you think in terms of the common good rather than benefiting few rich individuals).

In January 2018, a year after his presidency Trump was still struggling to obtain financing for the Border Wall. Both the US Congress and Mexico refuse to pay for it, as it is an inane idea. First of all, most undocumented immigrants come to the US by plane.

Second of all, it is going to harm the US economy in the first place, as many US factories are located in Mexico due to its cheap labor. America despite its hatred towards Mexicans is closely linked to it economically and derives many benefits from the mutual cooperation. If the ties are broken, the US will suffer a great economic loss.

Thirdly, the Border Wall is going to disrupt the ecosystem as many animals will not be able to get to their hunting, mating, and water areas with such a huge barrier in the way. However, considering that Trump pulled out of the Paris climate agreement, he likely does not care.

The current situation does not bode well for the House Republicans. In November 2018 they are going into the midterms which are likely to end in the swapping Democrat victory. It does not seem as far-fetched after a Republican senator lost in one of the most Southern states – Alabama.

There have been ups and downs, but the truth is that Trump barely surprised anyone with his performance. His voters might be disappointed as the wall was not built and the Obamacare not strapped, but they simply do not realize that it is good news for them. If the Affordable Care Act was cancelled then millions of poor Americans (Trump’s voter base) would be left uninsured. If the Border Wall was built, the vast majority of their taxes would go to fund it rather than help more urgent matters like reforming healthcare or boosting education.

Many would claim that Trump has already shown what he is capable of as most US presidents are expected to deliver on most of their promises in the first year after election. However, this may not be the case with Trump. He continues to pressure the Democrats into agreeing to the wall funding threatening to abolish DACA. He lashes against the media which report his scandalous collusion with Russians. He still thinks he is doing well – although the statistics says otherwise.

It is hard to summarize Trump’s first year, as so much has happened, but if you focus on Trump’s campaign promises, the statistics and the overall atmosphere of the political scandal – you would be able to pull it off.