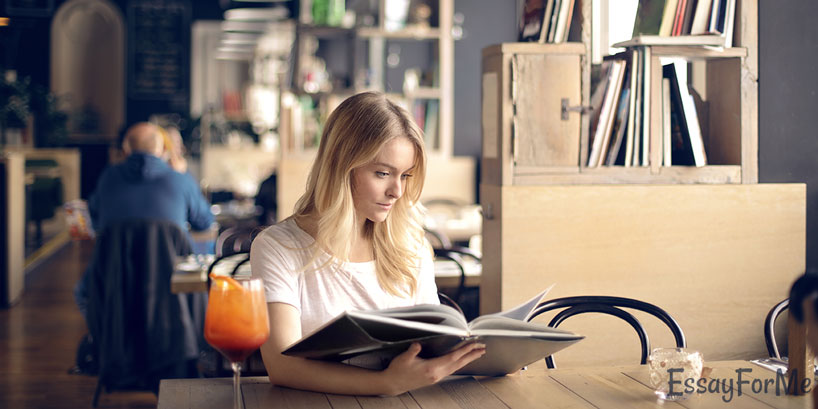 Storytelling is of archetypal importance, as it was via the stories that our ancestors used to learn essential ideas and skills. Nowadays it is a way to establish a deep psychological connection with another human being – a way to break through the rational judgment and appeal to feelings and emotions.

Storytelling is no longer a domain of writers and certain creative personalities. Many businesses now employ storytelling to make their products more appealing and relatable for potential customers. In this article you will find the basic information in regards to this concept and its future.

Storytelling is no longer a domain of humanities. Nowadays many businesses employ this technique to engage the customer and make them committed to the product on the emotional level. Storytelling helps increase brand awareness, because stories are much easier to remember than facts and numbers. Moreover, if a story is heartfelt and compelling, it can boost company’s image, making the customers more likely to give preference to the product.

Stories are inherently human – people have tried to perceive and explain the world around them through myths for many centuries before science took off. Therefore, although rational arguments are important, if a company wants to connect with their customers on a deeper, emotional level, it needs to have a creative background story to attract them.

No matter in what sphere you are going to work – whether it is marketing or something technical – being able to tell a story is a crucial skill to have. Those who tell stories are better teachers as they can explain complex, often abstruse, subjects through fun real life examples. They are better doctors as they can convince patients to undergo a necessary procedure to save their lives using emotive language to underpin their professional experience. They are better business partners as they can advertize a product in a way that makes it unforgettable for the potential investors.

What Needs Does Storytelling Meet?

First of all, storytelling fulfills a need for human connection. Customers who hear a story about the failing Dominos pizza which decided to become better are likely to remember their past failures, and how they persevered through them. They will be willing to give a new upgraded flavor a chance, even if they hated Dominos before. By telling a story any product, situation, idea get a human value which makes people drawn to it and interested in making their contribution.

Secondly, good stories present a conflict and a resolution in a way which is understandable for a layman. Let’s imagine there is a pharmaceutical company which wants to introduce a new drug. Let’s say it was already federally approved and underwent a sufficient number of tests. However, it is not the only available alternative. New drugs are developed all the time – but there is a limited pool of investors who could potentially promote them.

If a company simply presents data such as numbers and statistics to prove the drugs’ usefulness – they are very unlikely to derive any positive outcome out of it. However, if that same company tells an engaging story about what obstacles they had to overcome to get the drug developed and approved, and what disaster they are facing if they don’t find an investor – they are likely to attract interest and sympathy, and get what they want.

What Does It Mean for You?

It means that in order to be successful in the modern world, it is no longer enough to have all the facts on your side. You need to be personable and convincing, not only smart and logical. No matter how good your data looks – if you present it in a boring manner, nobody will buy it.

So, regardless of your profession, you need to learn storytelling. Without it you may not even get the job in the first place. Many young graduates complain that they have to amplify their achievements in order to snag an interview with any company. However, crafting and presenting a resume is directly linked to an art of storytelling.

Especially it is relevant for the interview. It is hard to make your resume stand out without coming off as either conceited or unprofessional, but it is expected during the personal meeting. Your resume does not speak for itself – you need to speak for yourself. Otherwise, your resume will have little value.

Thus, even if you plan to code for the entirety of your life – you’d better think of an engaging story which would justify your boring career choice during an actual interview.

What Are Storytelling Tricks?

Even if you do not have a degree in Creative writing, you can still be a fantastic storyteller. All you need is passion and sincerity, as well as a bit of awareness in regards to the common storytelling tricks.

First of all, whenever you present a story, you need to sound as if it is your first time ever telling it. Thus, you can in no way memorize it by heart as it will detract from the original sincerity and authenticity, making your listener annoyed with you. The best way to prepare for such a speech is to create a bullet point list which you can look at whenever you forget what point was coming next. Try to practice at home, but not too much, or you will sound as a robot.

Secondly, choose a relatable protagonist. Do you remember the Pepsi ad with Kendall Jenner? The marketing department, probably, had good intentions when confirming her for that role. However, it became patently obvious that despite the good initial premise, Jenner was definitely out of place in the overall context.

Not only because people generally think of her as a vapid reality show star, but also because her real life story is so distanced from what the ad tried to present. In the ad Jenner was in the midst of the protest, but in reality she never stood up for any controversial cause. She lives a life of the rich and powerful, while most millennials struggle to pay college loans. Thus, it is no wonder that people were aggrieved by such a poor choice on the Pepsi side.

Thirdly, a good story calls for action. It does not have to be overt. Rather it has to be relatable enough to make the viewer want to buy the product without being told by the company to do so. In order to achieve it the story needs to suit both the target audience and the company. Let’s go back to the Pepsi protest advert. It is true that young people (Pepsi’s target audience) are now becoming more engaged in the civil life. However, it has nothing to do with Pepsi’s original image. Thus, many people would consider this move by the company an inauthentic.

Many would discard storytelling as just another form of manipulation. Unfortunately, in some cases it may be true. Reality shows exploit people’s desire to relate by portraying characters that went through many trials and tribulations. Those are often exaggerated just to get the audience watching. Image makers often present famous people as self-made, forgetting to mention all the advantages they had at the start of their careers.

It can actually be a force for good as some people would see others succeed despite the terrible odds and will fight double as hard to have the same results. However, it can also make a person feel like a loser when in reality that person never had the same benefits as the successful one.

In any case, storytelling has the future in all spheres of human existence.