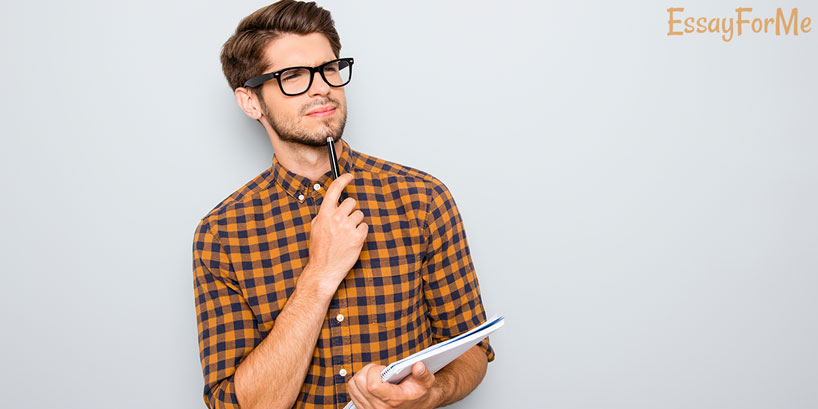 Sometimes it seems like your brain energy is depleted. You may feel like you cannot study any longer, and you want to quit. You want to take a break not just for a day, but for a month, a year, an eternity. However, even though it sounds appealing, for many students it is not an option. It is hard to escape college if you’ve already taken a loan for the semester. Moreover, even if you take a gap year, it will be hard to enjoy your time off with the looming debt and the imminent return of responsibilities.

There is an easier way to make sure that you graduate without losing your mind. The solution is to simply become smarter. Yeah, it may sound like a joke, but hear me out. Students tend to spend too much time mindlessly cramming information and forgetting it the other day. Then they will have to return to that material again instead of focusing on something new. In this article you will learn how to increase your intelligence capacity without becoming a robot.

It is the easiest tip to follow. Even if you are extra poor, the Sun shines for all of us, even in winter. So, get out of your semi-dark college dorm or parents’ basement and take a walk outside. Believe me, even though it looks like a time loss, it is actually a time saver.

There’s been tons of research explaining how a regular exposure to light can lead to a neural activation and, thus, an improved concentration and memorization. When you stay regularly in a darkened room, your brain does not produce enough BDNF hormones which are responsible for the strength of synaptic structure. As a result, your neurons are not properly connected which makes studying much harder for you.

Later this can cause thinning out of dendritic spines (the protrusions on neurons which facilitate the transmission of signals). The drop in studying abilities is dramatic (up to 30 %). So, stop worrying about wasting your time and go take a walk. If you are really that busy, at least move your table closer to the window. Roll up the blinders. Turn on some lamps and get working.

This is coming from personal experience. When I became a tutor, I noticed that I memorized information much more effectively than when I did as a student. At that time it seemed astounding. Now I realize it was an obvious and predictable result of recalling the information.

When you are a tutor, you do not absorb the facts passively. You have not only to know them perfectly, but also understand very clearly in order to be able to explain in simple terms. Only this way will you avoid uncomfortable questions from your student to the point of losing them altogether.

Moreover, as a tutor you normally have more than one student. It enables you to retell the same info over and over again to multiple people. It helps memorization as well as strengthens your understanding of the subject matter. Some students may ask you tricky questions which will force you to think outside the box and review the material from a different perspective. In addition, you will develop your interpersonal skills and get useful work experience to put on the resume.

You’ve probably heard about the learning curve. However, do you know that the forgetting curve also exists? It was first mentioned by a German scientist Herman Ebbinghaus in 1885, but, unfortunately, is still widely unknown among those who need to be aware of it the most.

Did you know that 70 % of info we forget after just one day of learning it? Yeah, people are not exactly the brightest. However, this is just a result of our evolution. The world developed faster than humans in it.

So, is there a way out of this predicament? The answer is, obviously, yes. If there was no way to prevent humans from forgetting 70 % of info the next day after learning, we would still live in the Stone Age.

If you want to combat the forgetting curve and become an exemplary student, you will have to test yourself regularly. The timing of testing is crucial as the first one must happen right after you learned something new. The second one should occur 24 hours after. And no cheating – this is not for the sake of a grade, but for knowledge.

Many students would just write things down and highlight the key points. Those are also good, but they are not enough. You need to really strain your brain to learn something. Writing things down is easy and fun, while testing may give you a headache.

However, do not avoid a more effective study method for the sake of convenience. Only a challenge can mold true knowledge.

Here I do not mean the popular memory trainers like Luminosity or – you name it. There are better ways to improve your intelligence, one of the most enjoyable, helpful and recognized one is learning foreign languages.

When you learn a new language, you trigger the process of neurogenesis or the creation of new neurotransmitters. This increases your brain plasticity and makes memorization of new info increasingly simpler.

So, choose the country you like the most and embark on learning its language. It will not only help you in travelling and career, but will also make studying other disciplines much easier. Moreover, it will help make your everyday routine less burdensome and more entertaining.

Choose What Works for You and Be Honest

People in general tend to be very reluctant to change their ways. They stick to one brand, one route home, one music genre. It is very hard to convince them to abandon an old habit, even if it is obviously not working.

However, it is very important to be honest about the effects of your choices. You may like cheeseburgers, but you cannot lie to yourself about their impact on your health. Same with studying. You may like taking notes and reviewing them before an exam, but after you failed a couple times using this method, you need to face its ineffectiveness in order to improve. You’ve got to be honest with yourself to become a better student.

It is a matter of trial and error and not sticking to old habits if they are detrimental to your progress. Sometimes you need to destroy an old thing to give way to something new. If you are always mindful of your actions and their effects, you will always be able to get the most out of your study routine.