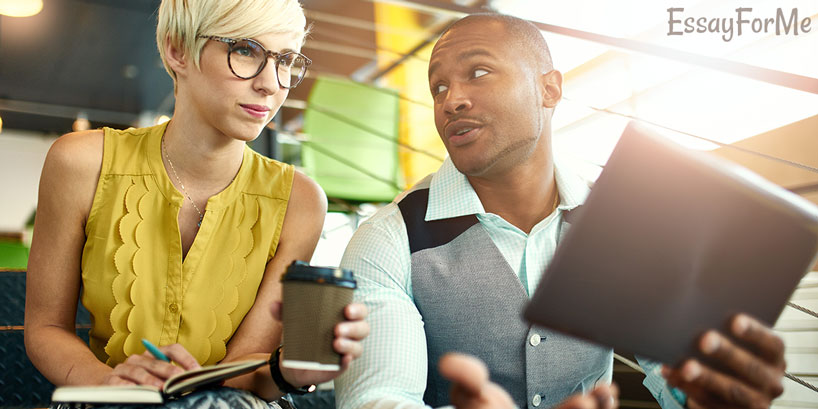 There is no denying that the US is not unified in its political views and aspirations. Nor is any country on Earth. However, the ideas of progressivism have deeply permeated the American society, especially its young voter base.

In this article you will learn how to craft a perfect essay on progressivism, and what concepts to pay attention to during the research phase.

The Emergence of the Movement

Progressivism emerged as a response to the Gilded Age era and its excesses. The Gilded age started in the 1870s as a result of industrialization and formation of big corporation; however, with prosperity came many societal and economical problems, which early progressivists intended to solve.

Ordinary folks banded together to form trade unions to protect workers’ rights such as safe conditions and fair pay. On the political spectrum Theodor Roosevelt ran on the progressivist platform advocating for corporate regulations as well as abolition of child labor and workers’ protection.

Teddy Roosevelt believed that corporations were inevitable and unstoppable, but there was a way for the government to stunt their influence with the right laws. Later his ideas were used by his distant cousin FDR in the 1930s to stop the Great Depression.

First and foremost, progressivists wanted the corporations to be controlled and supervised. They understood that capitalism would push those to cut the wages and prolong the working hours in order to make the most income and survive in the competition. Moreover, even the ultimate product may not be all that good after all, as the main criterion people adhere to when buying a product up to now remains the price.

Therefore, it was necessary for the government to interfere and impose stricter rules both in regards to consumer protection as well as workers’ rights. Progressivists did not view the state’s involvement as something evil, as at that time socialism in America was merely a new movement, rather than a malicious ideology of a once enemy country. So, progressivists were to some extent socialist in their attempts to reform the society and make it a safer place to live for all.

In addition to putting the big companies under constant supervision, they also wanted higher taxes to be imposed on them. This meant to level the field for all members of the society and decrease income inequality.

Theodor Roosevelt was the first president to point out the importance of wildlife reserves to save the nature. He saw the negative effects of pollution produced by the factories and believed that measures must be taken to alleviate them.

Progressivists are known for their active role in trying to preserve the environment. Thus, again they want more severe regulations to be forced upon the companies.

Progressivists believed in the power of experts to solve the current issues. They wanted not the politicians, but the scientists to formulate policies which could potentially benefit the society at large. They advocated for the scientific methods to be used in policy-making.

Thus, they believed in Taylorism or the increase in production efficiency by the means of surveillance over all workers’ actions. Progressivists maintained that the processes need to be expedited in order for the company to have the highest profits and the workers to enjoy more leisure time.

Progressivists viewed taxes as a positive force as they could provide the government with the necessary funds to invest in various fields. They were the ones responsible for the adoption of the income tax, which now plagues millions of Americans yearly.

However, they wanted the corporations to pay the most tax. They understood that they make the most money and, thus, should contribute to the state’s economy respectively.

Progressivists were very adamant about providing women with the right to vote. They believed that the 19th amendment was only fair, taking into account the role women already played in the society.

So, needless to say, a great number of women were very progressive at that time.

In its early stages the movement was not as benevolent as it seems now. It mostly supported the rights of the white middle class Americans, rather than a wider vote base. Many progressivists were not as progressive when it came to the immigration or racism issues.

For instance, they buttressed the segregation in public transport made legal via Plessy v. Ferguson case of 1896. They did not mind literacy tests being introduced as a ticket to vote, which mostly precluded black and immigrant population from voting. They even endorsed eugenics – something Nazi Germany is widely known for and despised. Thus, progressivists revealed their retrograde nature by participating in those despicable enterprises.

As the corporations began to dominate the business world and politicians got incriminated, many journalists rushed to craft sensational stories about it. They were then called the muckrakers as they were looking for dirt on respectable members of society. Now they are investigative journalists.

Fighting corruption in the upper echelons is one of the features of the progressivist movement. Thus, those journalists, although doing it for money, belong to it as well.

Today the movement is heavily focused on the issue of income inequality (cue Bernie Sanders) and the necessity to push for reforms to amend the situation. Today’s progressives are not racist, but rather they strive for a fairer socio-economic system.

They understand that progress is suppressed by the economic inequality, which prevents many people from succeeding and contributing to the country’s economy. They also tend to favor socialist reforms such as free public education or medical help.

As any movement/philosophy, progressivism had its positive, negative and controversial aspects. Obviously, the continuous racism in the past is a huge blemish on the good intentions of the camp, but since that time it underwent drastic changes as the country was becoming more tolerant and mature.

Thus, it is obvious that today’s progressivism is especially appealing to young people of America. First of all, it stands up for the equal opportunity and participation. Second of all, it calls for the environmental protection which is the most critical issue on the planet by far. Thirdly, it believes in science, and with the religious population shrinking, more and more people can relate with the movement.

If you set the history aside, you will see that the ideas of progressivism are reasonable and feasible. Of course, they will not resonate with a more conservative base, but they definitely reflect the zeitgeist for most young people.