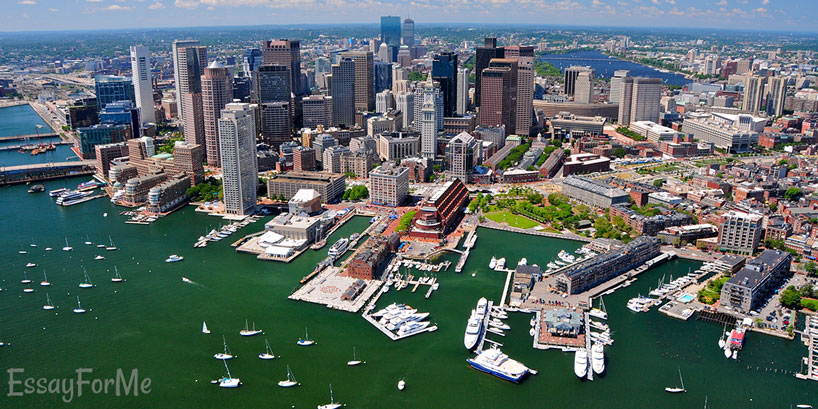 The Winter of Our Discontent was the last book of a Nobel-winning American writer John Steinbeck. Many people claim that it does not live up to the profundity of his other, even more renowned works like the Grapes of Wrath or Of Mice and Men. However, despite the criticism, the novel is one of the best examinations of the American life ever accomplished.

The book explores the problems of moral decline in the American society through the evolution (or shall I say degradation) of various characters. It is important in a review not to just blame the personages for their flaws, but evaluate the bigger picture, in particular, the reasons for this kind of behavior.

In the center of the opus the author puts an average 30 something man, who works in the grocery store in front of the bank (convenient?), has a family and financial problems. He is not poor, but his ancestors definitely saw better times. The thing is that Ethan Allen Hawley (the man’s name) comes from an aristocratic family which, unfortunately, lost its fortune and prestige due to the whaling industry decline.

Ethan is a Harvard graduate, who works as a clerk in a store which some time ago belonged to his family. It is not that he feels too angry or frustrated about it, as it still allows him to put food on the table and maintain a decent house. However, those around him seem to never miss a chance to rush his less fortunate position in his face. This societal pressure both from his loved ones and the random strangers cause him to reconsider his moral stance and commit the deeds he would not normally imagine doing.

The main conflict unfolds within Ethan. He is tormented with the eternal Dostoyevsky question of whether he is a trembling creature or has the right. The right to become better than others whatever that means – more successful, affluent or respected. He manages to overcome his innate honesty and execute a cruel plan which hurts many people around him. At first he tries not to ruminate upon it for too long, but when he sees the reflection of those actions in his son – it is too much for him to handle.

Ethan is not a bad fellow. He is, of course, disappointed with the way his life progressed – but only mildly. He spends hours in the enclave near the sea thinking about the past glory of his ancestors, but this is more a part of his dreamy character rather than an intentional desire for change. His life is, in general, stable and quite happy, which ensures content. However, other people plant seeds of doubt into his soul, forcing a disruption in his moral framework and a desire to overhaul his life.

John Steinbeck himself admitted that he meant to craft a potent critique of the American society and its moral abasement. In the Winter of Our Discontent the author shows the other side of the traditional American values.

Ethan Hawley is quite average – and the people cannot simply accept it. They bombard him with the unrequested advice on how to get rich, taking for granted that this is what everybody wants in life. John Steinbeck reveals how a quest for money really looks like. It is far from the idealized picture of a simple hard worker, who, thanks to his talent, persistence and ingenuity, finally attains their American dream. Ethan is smart and hard-working, but it does not win him a fortune. It is the cunning manipulations which he resorts to that get him a higher status in the society.

The American dream is presented as a distortion of morality and humanity overall. Steinbeck disbands the myth that through blood, sweat and tears one is bound to become the so-called “somebody.” He instead shows how profoundly hypocritical the American people have become. New Baytown’s residents praise and admire the rich, at the same time, knowing that the rich may not have exactly received everything they own in an honest manner. It does not matter to ordinary folks, however.

Ethan tries to block remorse from permeating his heart. Remorse, oozing through the cracks in his conscience, could potentially cause him to lose focus and everything he already gained thanks to his new outlook. However, when he sees his son cheating and thinking of it as a normal behavior - the dam collapses, and Ethan spirals into the waterfall of conflicting morbid thoughts.

Once in the enclave, determined to end it all, he finds a family talisman in his pocket. It was put there by his daughter – Mary Ellen, who seems to have retained the moral compass, which Ethan inadvertently lost. It gives him a new hope for the future and a desire to keep living. The message here is multifaceted: on the one hand, remorse is a powerful feeling which can one day engulf a human being; on the other hand, even in the darkest times there is always a hope for a better future.

It is not just the morality which has been degraded, but also the people’s attitude to it. Throughout the book Ethan encounters miscellaneous characters, who want him to denounce his inner integrity and get on the path which, although immoral, is more likely to lead to success.

Morality is viewed more as a vice rather than a virtue. The bank manager insists that it is the cruelty which helps get ahead in life. Mary’s friend Margie thinks of accepting bribes as something laudable. Even Ethan’s own family is full with envy for others and resentment towards him for being unable to provide a level of life acceptable for an aristocrat.

Thus, it comes as no surprise when Ethan eventually submits to the pressure and tries to re-design his way of thinking and behaving. However, even after successfully pulling off his disguise, he cannot fully abandon his real personality. Ethan could only hide morality temporarily in the nooks and crannies of his brain, but it returned triumphantly after he could observe what he became in his own son.

The conflict described in this book is very typical for the modern people as well. Just turn on TV, and you will hear accolades to the rich, and a mere sympathy for those less well-off. The American dream never left. On the contrary, it became even more prevalent in the today’s society, as everything can now be seen or read on the Internet.

Would I recommend the Winter of Our Discontent? Well, to be honest, it is one of the best books I have ever read. Its problematic is contemporary and understandable for anybody, who does not stay isolated from the world. Therefore, it is definitely worth spending your time reading this wonderful book and, hopefully, drawing sensible conclusions which should help you in your own life.